Dr. Brian Van Vechten is a surgeon in Englewood. He has a broad background and an interest in soft tissue surgery, orthopedic surgery, oncologic surgery, and reconstructive surgery. 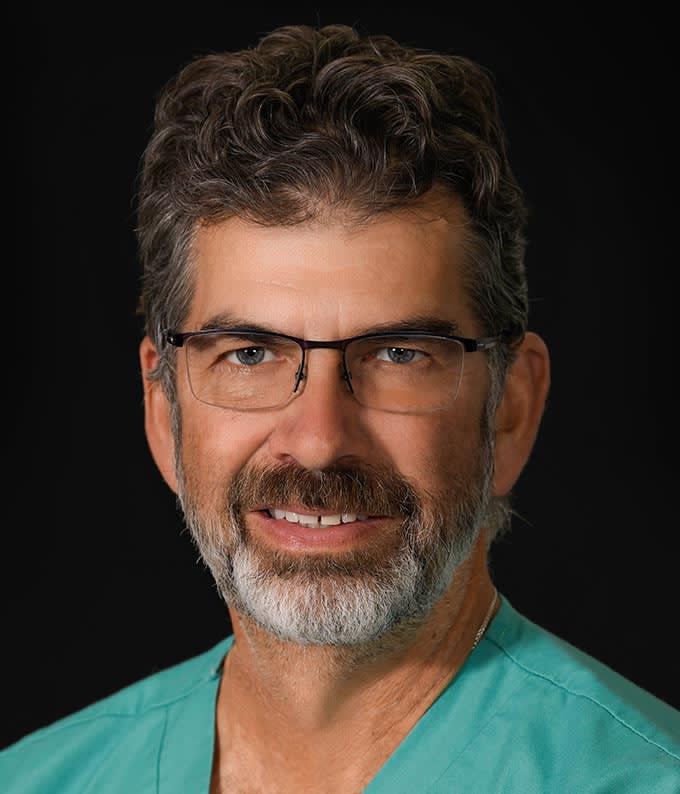 Brian Van Vechten, DVM is a surgeon and, has a broad background and interest in soft tissue surgery, orthopedic surgery, oncologic surgery, and reconstructive surgery.  He is a member of the Veterinary Society of Surgical Oncology (VSSO.org).  Dr. Van Vechten was raised in east San Diego County.  An early interest in animal care led to involvement in 4-H and FFA where he showed dogs, cattle, and sheep. After graduating from Granite Hills High School in 1974, Dr. Van Vechten attended the University of California at Davis majoring in Zoology.  He was accepted into U. C. Davis Veterinary School and attained a doctor of veterinary medicine degree in 1982.

Dr. Van Vechten completed his residency in 1992 and was voted resident teacher of the year by the graduating class. He then did extensive traveling and lecturing in Europe, Africa, and Asia.  In 1994 Dr. Van Vechten moved to Fort Collins, Colorado to pursue a fellowship in surgical oncology at Colorado State University Comparative Oncology Unit.  This training included surgeries in limb sparings, soft tissue resections, and surgical options for vertebral tumors.  Dr. Van Vechten moved to Denver following the completion of his fellowship in 1995 and joined VRCC Surgery in June of that year.

Outside of work, Dr. Van Vechten and his wife Liz enjoy spending time with their three children: Alexandria, Jacob, and Nicholas.  Their German shepherd Rhea and golden cross Rocky are integral parts of the home.  Two grey tabby brothers Bingo and Bobo are additional members of the house.  Dr. Van Vechten and his wife Liz are actively involved with “Be the Change Volunteers”, an organization that builds and maintains schools in underdeveloped countries.  Dr. Van Vechten is an avid golfer and frequently combines golf with his passion for travel.  The proximity of the Colorado mountains allows the family opportunity for weekend trips of hiking and skiing.  Dr. Van Vechten is proud to be part of VRCC and feels blessed to be able to work with such a dedicated and talented staff.